An Assessment of Two Ridesharing Platforms — Uber vs Lyft. (Toronto as Case Study)

The year 2009 saw a particularly disruptive technology come to light as Travis Kalanick and Garrett Champ came together to form Uber, the peer-to-peer transportation service. The company enjoyed unrivaled prominence and control of the market until 2012, when Lyft, founded by Logan Green and John Zimmer emerged.

Over the years, the competition has heightened and both companies are seemingly on each other’s tail. They operate in similar popular cities including Toronto, New York, San Francisco, and Los Angeles, although Uber has ongoing operations worldwide.

There have been widely divergent opinions on the quality of service rendered, work ethics, profitability, and other factors surrounding both companies and according to studies carried out by individuals, about 80% of individuals who drive for Uber drive simultaneously for Lyft and vice versa.

Uber Vs Lyft In Toronto

In March 2018, I surveyed my Uber and Lyft passengers, in order to get their opinion about how they perceive the services of the two ridesharing companies (Uber & Lyft). Before presenting the results of the survey, I will like to briefly tell you about my own experience as a driver for both ridesharing companies.

I am a Serial Blogger, Website Designer, and Online Marketing Specialist. I signed up for Uber sometimes in December 2017 as a part-time gig. In January 2018, I found out another ridesharing company called Lyft operates in Toronto, so I signed up as a driver for Lyft too. And ever since, I have been alternating between both apps ( mostly Mondays and Thursdays).

Honestly, in the beginning, I wasn’t happy with Lyft — because I wasn’t receiving ride requests as much as I did with Uber and whenever I do, my passengers are always 10 -12 km away.  At some point, I turned off the Lyft driver app and was driving more for Uber.

Early March 2018, I turned on the Lyft driver app after receiving a promotional message from Lyft. I was surprised to receive Lyft trip request 1-2 mins after every drop-off and they were all within 1-2 km away. I was really impressed with how much Lyft have improved over the course of time. Even more impressive is frequent streak bonuses, prime time prices, and weekly guarantees that Lyft offers their drivers — these incentives have made me stay online more with Lyft than Uber.

My experience with both apps

I find the driver support (messaging, calling system)  of Uber better than the Lyft drivers support system. It is much easier to contact support on Uber than Lyft concerning any trip.

Google Maps is integrated into the Lyft driver app, which makes it more reliable than Uber’s own navigation system which I strongly believe is not up-to-date (in many occasions, Uber GPS has suggested routes that would earn me a ticket if caught taking those route i.e. driving against a one-way street, turning left on a “no turning left road” etc.

Since Uber is widely popular and so far have earned the household name for ridesharing, thus, there are more trip requests from Uber compared to Lyft (let’s not forget Lyft is new in Toronto).

Like I said in the beginning, I surveyed passengers in the Greater Toronto Area (GTA), from March 12th – 27th to find out which ridesharing company they preferred the most. Passengers were asked open-ended questions as opposed to close-ended ones so as to capture divergent opinions and answers on the company’s mode of operation and policy.

The duration of each answer was within a range of 30 seconds and 2 minutes and these customers gave their answers while in transit- enjoying a ride from one of the ridesharing platforms. Each passenger had no incentive for providing answers and they were informed about the anonymity of the results of the study.

22.7% of the population surveyed stated that they preferred the Lyft platform to Uber basically because of the functionality, friendliness, and easy-to-use appearance of the mobile application. One of the respondents complained about the ease of navigation while 4 others claimed that the application was constantly crashing or locking users out.

Although prior research has established that the pricing model is almost the same, with the major difference being the potential surge rising to 8x on Uber while it remains at 2x on Lyft. However, the surveyed demography had something else in mind.

A whopping 45.45% of the participants found Lyft cheaper due to the promotional discounts or due to the inherent pricing model.

9.09% of the sample size mentioned that the better labor practice at Lyft for workers was the deciding factor. This can be traced to the company’s discreet and recondite process of hiring new drivers which includes a PowerPoint presentation and oral interviews. Also, the customer service reviews seemed to laud the new Lyft.

All of the correspondents have had a ride with both platforms at least once and about 22.7% currently use both. However, 100% of the people surveyed stated their preference for Lyft. Even though it seems as though they are the underdog with considerable less market share and less experience of the market, their hiring model, business structure, and organizational work ethics appears to be paying off. If Lyft continues to give promotions to both Drivers and Riders, it is only a matter of time before they take over the ride sharing market from Uber in Toronto.

Raw data of the survey as taken from respondents

I prefer the Lyft app because the app is a lot easier to navigate, as well as faster. For information sake, I use an iPhone 6 Plus on Lucky Mobile.

Lyft has been around before a short time but I appreciate the service. / has been using Lyft for a month or so. He is appreciating the promotional discounts with Lyft. He calls rideshare almost everyday from the Square One area of Mississauga. He was loyal to Uber for the previous two years but has discovered service is good with Lyft.

I prefer Lyft because of the promotion.

We are thinking of an Uber at first, however we do not think that the Uber brand is good in social terms.

I prefer Lyft as it is cheaper
25-30 years
Anonymous

I prefer the company over Uber

Lyft has been cheaper lately so I prefer it. Service is usually good and I haven’t experienced any cancellations from Lyft drivers which is good.

Lyft is a preference because of the discount codes; but, without them, Uber is cheaper. Both great.

I go back and forth from Uber and Lyft, mostly because I still have the promo code that discounts me five dollars off. Without it, however, it would be quite expensive and I probably won’t use it as much. Also Uber outnumbers Lyft drivers so sometimes it takes a minute or two longer for a ride.

I cancelled Uber after they scabbed the taxi strikes against the us immigration bans. I was happy when Lyft came to the Canada. Their labour practices for workers are better.

‎Lyft is good to keep track on vehicles and lets you know when the car is nearby via text. Lyft app is much more responsive than Uber app.

Lyft for the most part is a more ethical company, I no longer use Uber as a result of their discrimination and unethical practices (re: Uber India, spying, stealing intellectual property from waymo, etc.). Lyft does a terrible job at customer support. Their app is also worse than Ubers, but at least they don’t cover up sexual harassment and destroy lives.

I prefer Lyft right now because of the promo code that gives me $5 discount.Its disappointing they still do not offer pool in Burlington/Oakville.I have been using Uber for 3 years and have been using them since then.

I have been a long time Uber user but thought I would give Lyft a chance because competition is a good thing. The app is good. To be honest I will use whichever is more convenient and provides better service. I just started using Lyft so will be able to make a better evaluation in a few weeks. So far so good!

‎i have just moved to Canada 2 months ago so both apps are new to me. I started using Uber first but the app kept crashing so I herd about Lyft and said I would give it a chance and have used that since. I don’t find much difference between using either app both for convenience and price. I find both very handy especially as I am new to the country and don’t know my way around. I am a 24 year old male and use Lyft every day for both work and pleasure. I find the drivers very helpful and friendly and would recommend both apps to anyone.

‎It’s too good than Uber good in time

Lyft offers good promos; but I feel like it is the same as Uber

lyft is the. Best and great prices 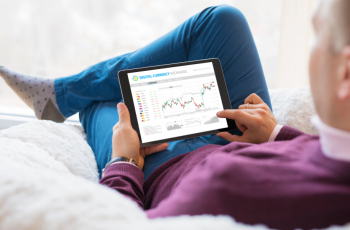 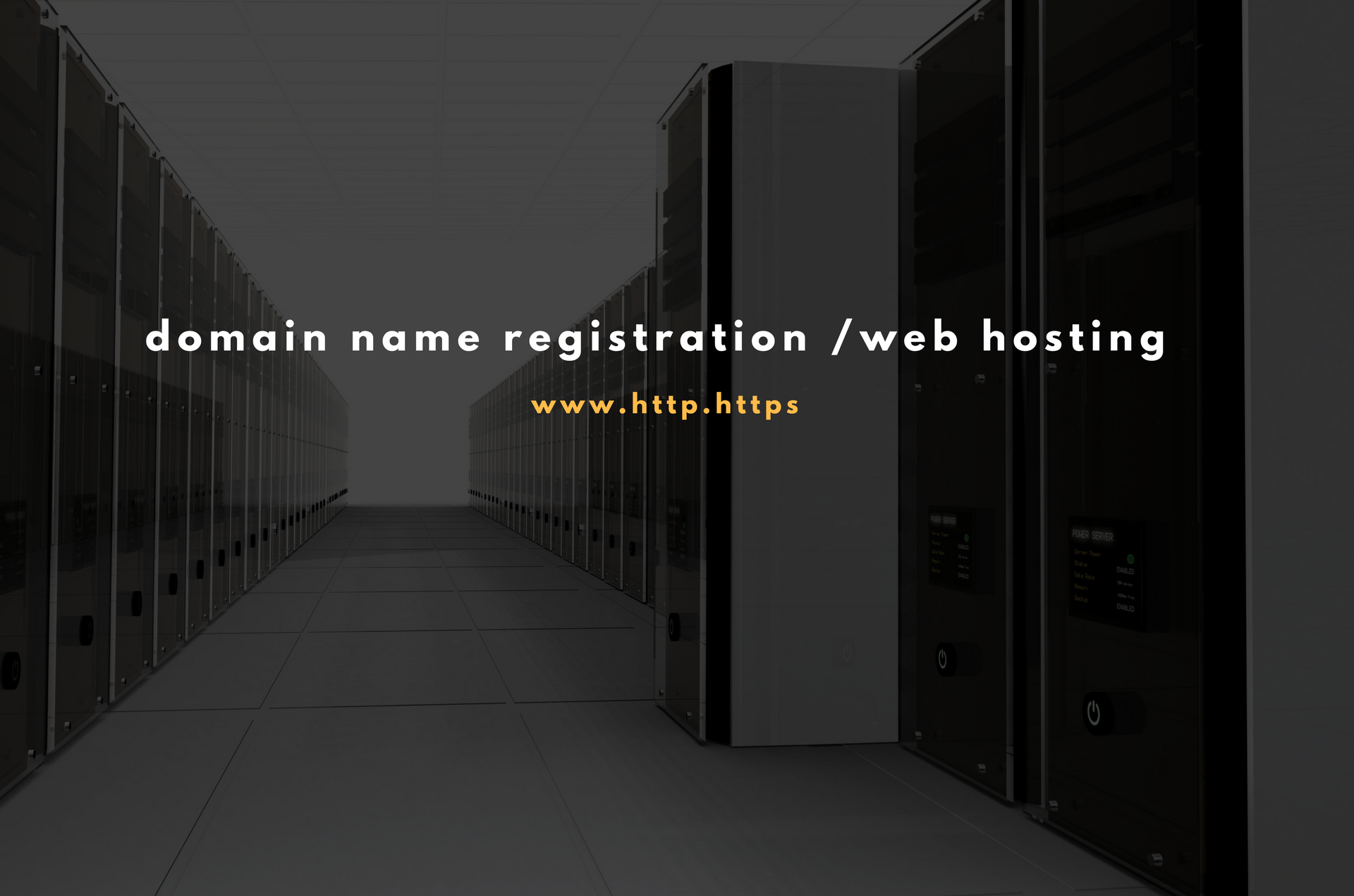 If you have been wondering how to start a hosting …