Home
Health
The Dialogue and Subculture of Gangsta Rap

I grew up in the 80s during the birth of the Hip Hop genre. I was particularly interested in a subgenre of hip-hop commonly known as gangsta rap. Thinking about it now, I believe it’s also a subculture because the dialogue revolves around Gangsta values and lifestyle. The dialogue may also fit into a direct response (diss track) or freedom song — it’s subjective. Sometimes gangsta rappers talk (or rap) about police brutality against black people and the struggles of growing up in the hood in their songs. Other times, they talk about drugs, gang affiliation/violence.

Despite the fact that Gangsta rap heavily influenced me, I wasn’t and didn’t want to be affiliated with any gang, mainly because of the violence prevalent among gang members. Though the aspect of “promoting violence” wasn’t my cup of tea, the fashion, style, and songs very well appealed to me. For example, I wore baggy jeans and do-drags, drove a way similar to gang members, and used specific languages to communicate with my then-friends.

I recall my favourite rappers then were Tupac Shakur and Notorious B.I.G, a.k.a Biggie Smalls (two friends who became enemies and passed away a year apart from each other amid their feud). My favourite songs were “Hit ’em up” by Tupac and “Juicy” by Biggie Smalls. Tupac’s Hit ’em up is a diss track (direct response) targeted at east coast rappers, prominently Biggie Smalls. On the other hand, Notorious B.I.G’s Juicy is about (commercial success) — the rapper’s celebration of success.

The first time I heard the song was on the radio when it dropped in 1996. Back then, as someone who wrote poems and appreciated poetry, I had no choice but to buy the audio cassette from a bootlegger with the money I stole from my mum’s purse. I played and listened to the song repeatedly until I memorised the entire piece. The one thing that stood out in the song for me was the fact that it was explicitly lyrical and full of energy. This direct response song is a dialogue with Notorious B.I.G’s “Who Shot Ya,” which many rap enthusiasts believe is a diss track targeted at Tupac after being beaten and shot — corroborating the statement, “popular music is in constant dialogue: a talking and talking back across the boundaries of culture. “

Juicy is a commercial success dialogue-type song whereby the Notorious B.I.G celebrates success as he “claims” he went from rags to riches (not many agree). I was fond of this song because the lyrics struck a chord — back then, I also prayed and strived to upgrade from rags to riches. To emphasise music as dialogue in this song, Biggie Smalls sarcastically dedicated the entire song to the teachers who said he would amount to nothing and neighbours who called the police on him when he was trying to hustle and feed his daughter.

To wrap up, I do not doubt that Popular music is a form of dialogue across different themes /topics, as exemplified in the songs above. 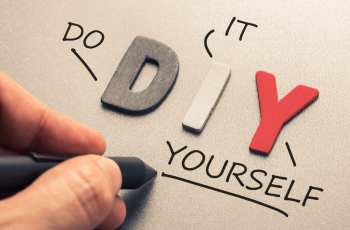 Most parents often times shy away from talking about sex …